Some days ago at the National Aerospace University H.E. Zhukovsky “Kharkiv Aviation Institute”, was held a meeting of the American astronaut Stefanyshyn-Piper with students and teachers of the university. 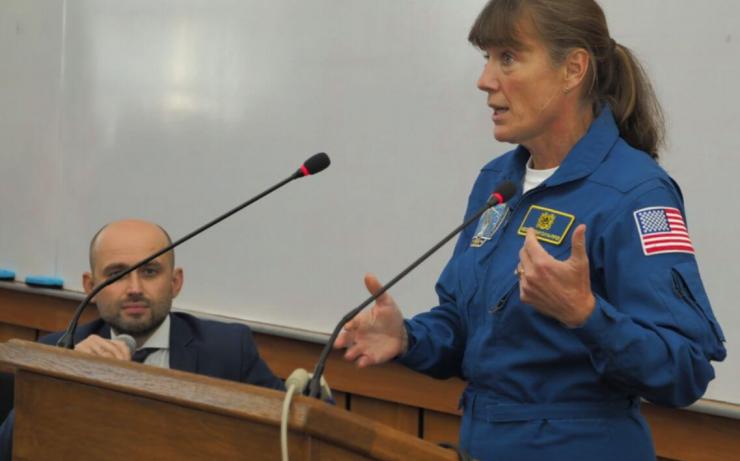 Heidemarie M.Stefanyshyn-Piper is an American astronaut. Her father, Michael Stefanyshyn, is in the Lviv region, Ukraine.

This is Stefanyshyn-Piper’s second visit to Ukraine, she had previously visited her father’s homeland. This time she received an invitation from the administration of the Kharkiv Aerospace University “KhAI” to conduct an open lecture for future astronauts. The history of Stefanyshyn-Piper is full of achievements that aroused admiration among students and teachers.

A bit of history:

In 1996 she was admitted to the NASA astronaut group. The first space flight was made on the spacecraft Atlantis, mission STS-115 (September 9-21, 2006). During the flight, the spacecraft performed two spacewalks.

Six months after the flight, at the end of January 2007, she first visited her father’s homeland – Ukraine. She was awarded the Ukrainian Order of Princess Olga of III degree (2007). 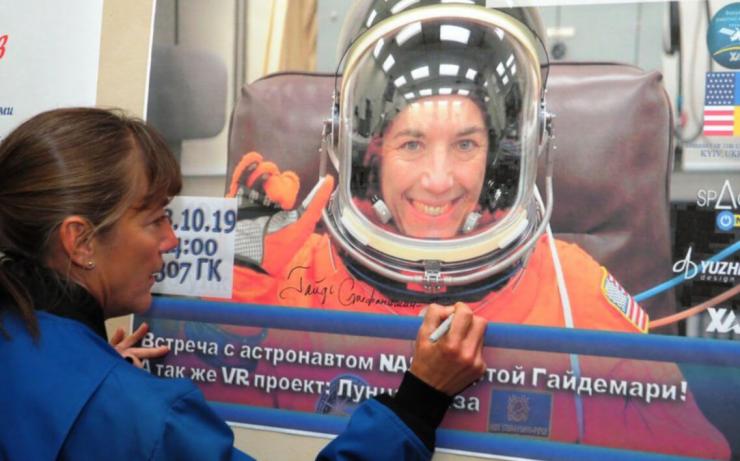 The second flight was made as part of the “Endeavor” crew, mission STS-126 (November 15-30, 2008). During the flight, the crew performed three spacewalks.

In 2009, she left NASA and returned to the Navy. She was awarded two NASA Space Flight Medals and other awards.

Astronaut Stefanyshyn- Piper: “It was my story. And what will yours be?” 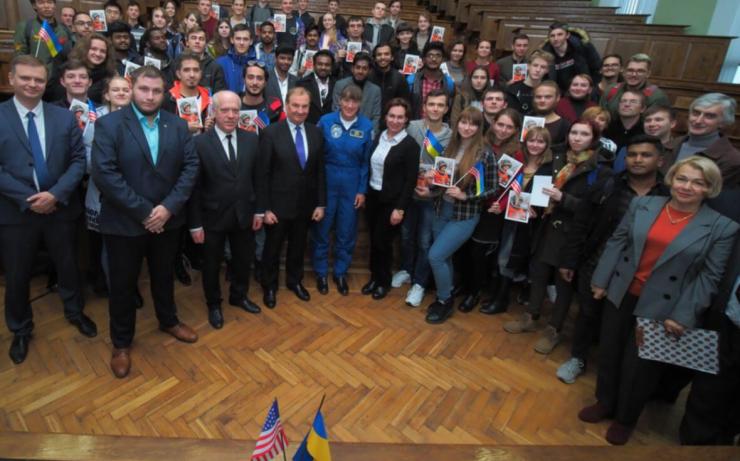